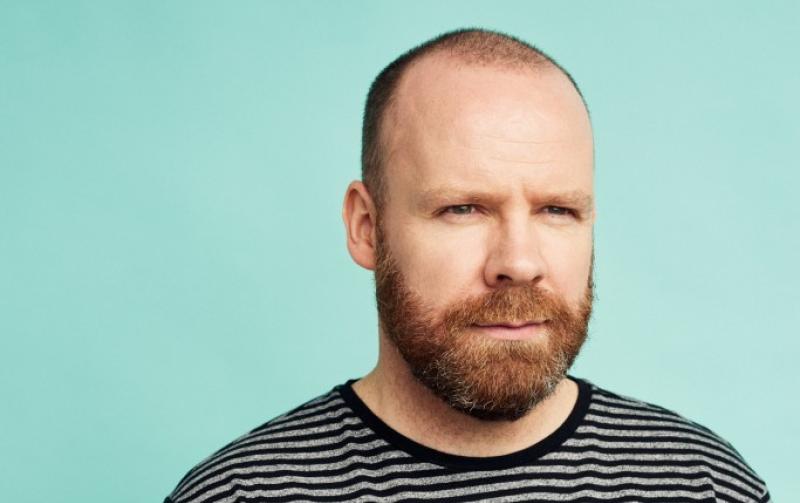 Offaly's very own Neil Delamere has announced details of his brand new 50-date stand-up tour which comes to the Tullamore Court Hotel on February 22.

'Controlled Substance' kicks off in Wexford’s Spiegeltent on October 26 and concludes in the Braid Theatre, Ballymena on April 26.

One of the top acts working in the Irish comedy scene today, the Offaly funnyman is well-known to audiences for his regular television appearance on RTE and the BBC, as well as his sell-out, stand-up tours.

Neil returned to the Edinburgh Fringe Festival this year where his shows garnered rave reviews, including a coveted five stars from The Scotsman, the premier broadsheet reviewer at the event, who described him as “a master”.

While touring Controlled Substance this Autumn, Neil will also return to a telly near you in a new series of Soft Border Patrol, the BBC Northern Ireland mockumentary set along the border, post-Brexit.  Neil plays head of IT Niall Sweeney, whose pronouncements on border issues became a viral hit this summer, garnering more than two million views.

Staying with television, Neil will also make a weekly return to TV screens from the end of October in the 14th season of the ever-popular topical news and current affairs panel show The Blame Game on BBC Northern Ireland. Delamere is one of the stars of the show, alongside Colin Murphy, Jake O’Kane and host Tim McGarry. The show regularly gets more audience
share than Graham Norton and Delamere is now considered an “adopted northerner”, selling out successive nights at the Ulster Hall and Grand Opera House.

Neil is soon to star in BBC Scotland’s first television broadcast of the long-running radio comedy show, Breaking the News. On radio, Neil recently made his debut on BBC Radio 4’s legendary Newsquiz.

A seasoned television performer for many years, Neil was the host of Eureka!, a 10-part science-based show for RTE. He also wrote and presented the IFTA and Celtic Media award-winning historical documentaries on the Vikings and St. Patrick, as well as the acclaimed RTE comedy documentary series on Irish historical figures, Holding Out For A Hero. He presented his own weekend show on Today FM, Neil Delamere’s Sunday Best which he relinquished due to touring commitments.