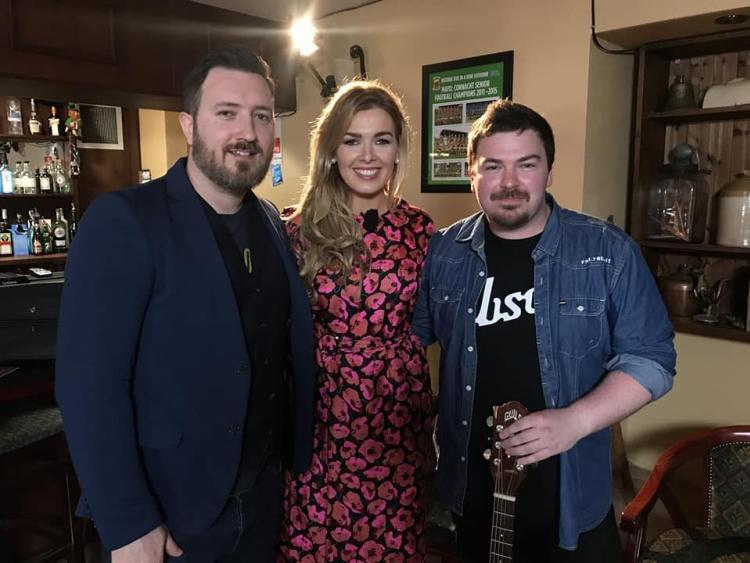 The start to his professional career in country music continues apace for Colin Kenny with the news this week that he's just filmed his first appearance for television.

Colin, originally from the Shannon-side town of Banagher in Offaly, but now living in the Tipp town of Borrisokane where he works as a barber, will be one of the featured artists on the new series of the show 'Feilte', which will soon be airing on TG4.

Colin set off for Achill Island last Friday to record his iTunes Irish country #1 single, 'Don't Close Your Eyes', accompanied by music producer Greig Berry, with whom Colin has recorded his soon to be released new single.

The talented vocalist admitted the Island wasn't somewhere he ever expected to be singing. "That's one of the crazy things about the music business, you sometimes don't know what's coming up around the next corner or two. But when it's an amazing opportunity like this one turned out to be, you don't mind the odd surprise every now and then."

The show contacted Colin early in the week, and by Friday, he was on the road. "Achill is just such a beautiful place, it was a pleasure for me to be there at all, even just to take in the beauty of the surroundings. But to have the chance to go there and sing, and to do it for a show like 'Feilte', meeting Caitlin Nic Aoidh, the show's presenter, and working with Stephen Macken, the show's producer and his team, it was great fun. It's something that's definitely going to be well up the list of highlights for 2017 no matter what else happens," Colin said.

At the moment the episode of 'Feilte' in which Colin is featured is scheduled to air on July 20. Indeed, July looks like being a busy month for the sharp-dressed singer, with the release of his second single also planned.