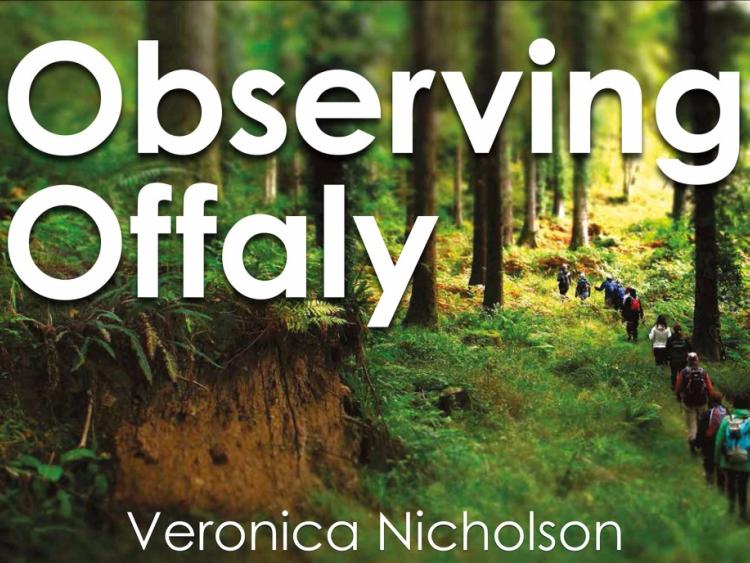 The culmination of a years travelling, observing the everyday life of her adopted county, photographer Veronica Nicholson has published a photo book containing over 150 images.

Observing Offaly will be launched on November, Tuesday 22 at 6:30pm in Aras an Chontae, Tullamore with acclaimed photographer David Davison as guest speaker on the night.

There are layers of stories in almost every photo, from domestic or agricultural images, to the national events that impacted on Offaly during the past year.

The Marriage Referendum, the refugee crisis, the flooding of December 2015 and the centenary celebrations are all quietly referenced, while local events such as the Croghan Hill pilgrimage on St Patrick’s Day and Birr Vintage Week and Arts Festival are captured, but with an understated perspective.

Veronica grew up in Dublin, spending her childhood summers on her grandparent’s farm near Rhode in Offaly. She bought a camera in 1984 and has been taking photographs ever since. She has a Diploma in Professional Photography from DIT and a Masters of Digital Arts from the NCAD, Dublin. She has exhibited widely at home and in Europe, Asia, USA and Australia, and has been teaching photography for over twenty years. She moved to Offaly in 2010.

Commissioned by Offaly County Council under the percent for art scheme Observing Offaly is being launched on November, Tuesday 22 along with an exhibition of twenty of the images in Áras an Chontae, Tullamore. The exhibition will open weekdays from 9:30am to 4pm until December, Friday 23. The book is a hardback, 25x25cm, 128 pages full colour and is published by Offaly County Council. It will be available for purchase through the council, online www.offalyhistory.com and selected bookshops locally.