REVEALED: The finalists in the battle to crown Offaly's All Time Great 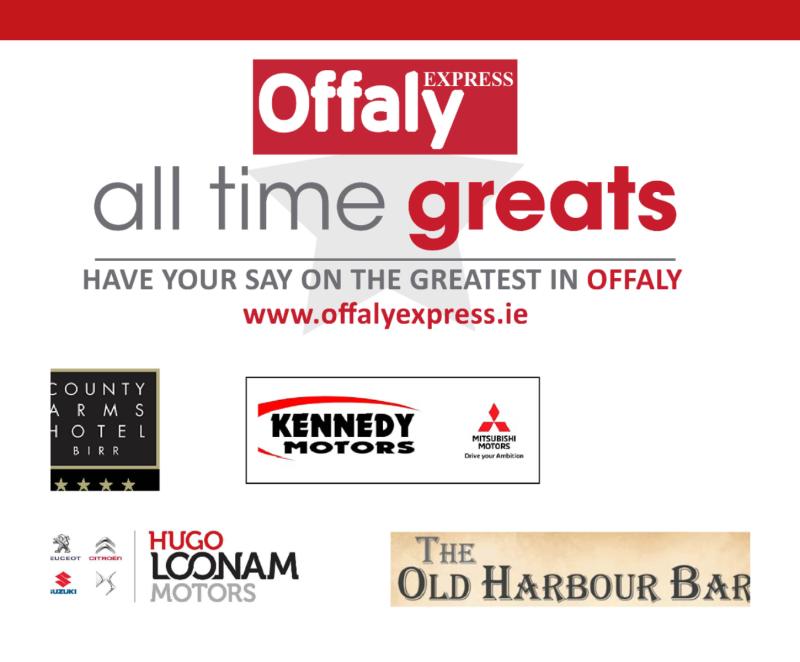 REVEALED: The finalists in the battle to crown Offaly's All Time Great

And then there were two...

After almost a month of voting, 16 contenders and three rounds of voting, two of Offaly's greatest sporting heroes have emerged as the finalists for the Offaly All Time Greats series.

In the intervening weeks, we have tasked you the Offaly public with voting in a series of matches from a last 16 stage right through to this final pairing.

Former Offaly hurler and multiple All-Ireland winner Brian Whelahan was the first man through after toppling longtime favourite Shane Lowry in the semi-finals.

The golfing star drew support from international circles but Whelahan showed the resolve he often exhibited in the halfback line for the Offaly hurlers to power through.

The so-called Millennium man won out with 63% of the vote to Lowry's 37% at the semi-final stage.

Facing off with the Birr icon for the crown of Offaly's All Time Great is horseracing stalwart Pat Smullen.

He has dominated a generation winning nine Irish flat champion jockey titles, and big races right across the world from Epsom to the US and Australia.

Pat overcame Matt Connor in the semi-finals with 51% of the vote in a close run thing with the former football star.

Pat Smullen has enjoyed the support of his fellow jockeys as well as his home village of Rhode throughout the process. He is currently recovering following surgery on foot of his cancer diagnosis last year. He has battled admirably and with the same teak-tough mentality he so often displayed on the track.

So, the cross-sport battle is on between the hurling juggernaut that is Brian Whelahan and legend of the saddle Pat Smullen. Who are you voting for? You can get behind your favourite here.