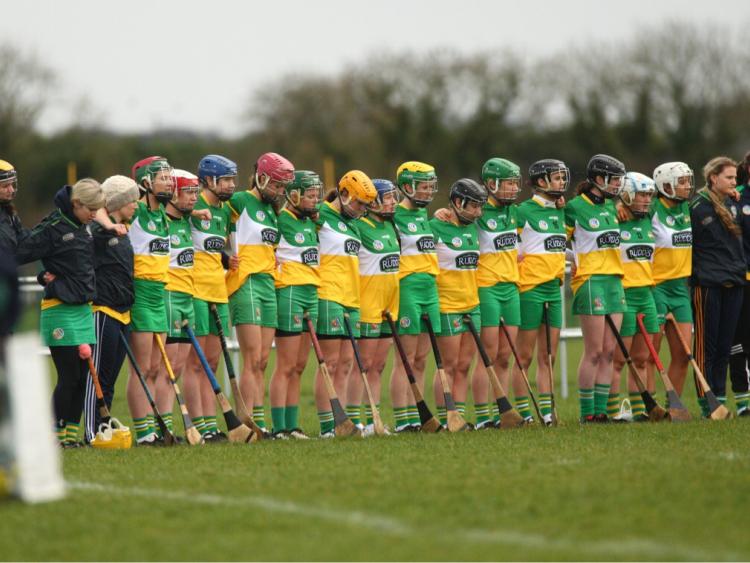 Offaly had eight different scorers compared to Meath’s four and that proficiency told a tale as Mike Wall’s outfit possessed too much firepower for the visitors in the Littlewoods Ireland Camogie League Division 1 relegation play-off at the magnificent Faithful Fields facility in Kilcormac.

Michaela Morkan, who was making her first appearance after a period out through injury, and Arlene Watkins were exceptional for Offaly. While Meath had no shortage of grit, they missed too many opportunities in the first half and were unable to cope with Offaly’s scoring capacity from play.

The first significant moment in the game came in the ninth minute, by which stage the hosts led by two points to no score, after the intelligent Linda O’Sullivan had got them off the mark.

Meath full-forward Jane Dolan made a brilliant catch from goalkeeper Emily Mangan’s long-distance free but was dragged down, leaving Liz Dempsey with no option but to award a penalty.

Dolan’s shot lacked sufficient power though and was a nice height for Ellie Clendennen to make a good stop.

Gráinne Egan scored the first of her two goals from the next attack, as Emily Mangan opted not to come off her line to intercept a long ball and there was never any doubt about what way this would go thereafter.

Dolan registered Meath’s first score from a 63m free in the 14th minute and landed two more from placed balls after, while Megan Thynne hit a lovely score from play but  Patrice Delaney and Morkan were keeping the scoreboard ticking over at the other end.

Then Harding struck first-time off the sod for a 25th minute goal, after O’Sullivan centred perfectly having won possession from a Morkan delivery.

It was 2-8 to 0-4 at half time and Offaly completely dominated the second half. Orlagh Kirwan, Grace Teehan and Mairéad Jennings added to their side’s tally and Egan secured her second goal with a deft one-handed flick.

Harding was denied her second major in the 35th minute, first by a block from Claire Coffey and then moments later, when Mangan put her body on the line to deflect the Birr attacker’s powerful shot over the bar.

Meath kept battling, which will please their long-serving manager John Davis, and with Dolan having left the fray, Aoife Maguire took over the free-taking duties to good effect, converting two for points before blasting to the net from another right at the end.

It was far too little too late however, and they will be playing in the second tier next year, while Offaly, who had Siobhán Flannery as an unused sub having just returned from her Tour of Duty with the Defence Forces, will go into the Leinster Championship with a spring in their steps.