Offaly County Council recently carried out resurfacing works on Tubberdaly Bridge near Rhode and seem to have done a very good job.

Use the arrow in the top corner or swipe to go through the gallery of pictures.

However, as the pictures in the gallery above show, sections of badly damaged road adjacent to the bridge were not repaired during the works.

In some of the pictures, you can see that potholes were left unrepaired just metres from where the road resurfacing ended.

Nearby roads that look as if they are barely passable due to potholes, were also left in a state of disrepair.

A local told the Offaly Express that the roads are rapidly deteriorating as many tractors with heavy loads use this road and the road surface is 'literally disintegrating'. The person told the Offaly Express that it could be as many as 30 years since this road was resurfaced properly adding that on a wet day, as the pictures show, it's hard to tell where the potholes end and the road starts.

There is also concern about how the edge of the road was left on the small stretch that was resurfaced as this picture shows. 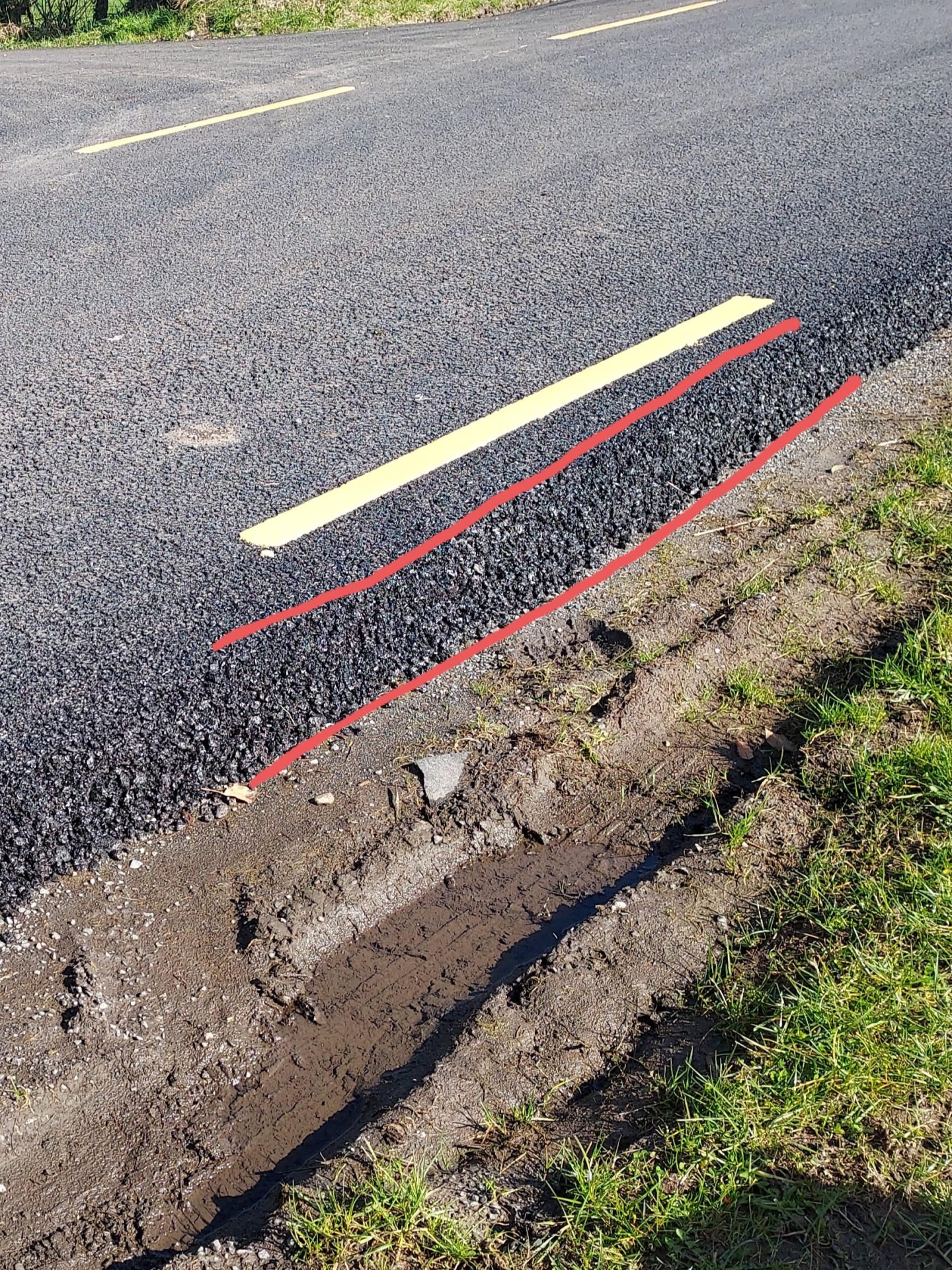